The DEROSE plantation is in Ecuador’s Santa Elena province. It is a plantation of over 1,000 hectares with 385 hectares currently in production. Today, DEROSE is producing 17,000 tons of organic bananas per year and employs 300 people. The company has international certifications, such as Organic NOP/CE,Global Gap, and Fairtrade.

Expanding to Americas with DEROSE

Compagnie Fruitière is the largest producer in the Africa-Caribbean-Pacific region. It produces, transports, ripens, and markets more than 900,000 tons of fruit and vegetables, including 750,000 tons of bananas, primarily to the European markets.

The Group acquired over 1,000 hectares in a semiarid, traditionally non-banana region of Ecuador, and established DEROSE as its catalyst to increase its organic banana production. 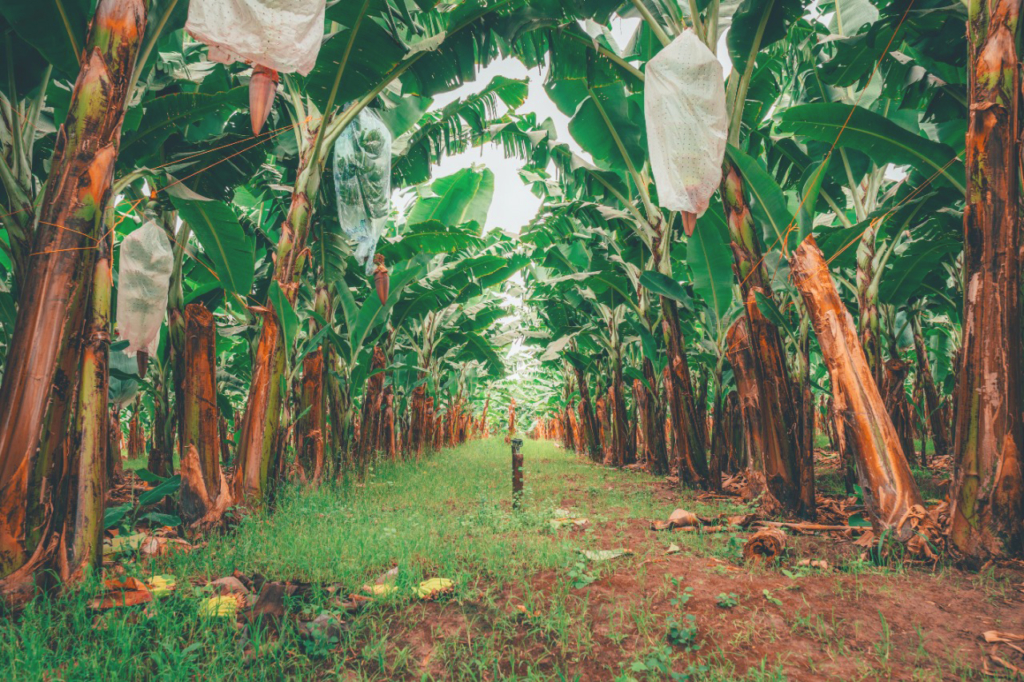 The Santa Elena Province was selected for its unique weather conditions. It is located at the tip of the peninsula just eleven kilometers from the Pacific Ocean, bordering the path of the Humboldt Current. The farm has two natural boundaries: in the southwest the Pacific Ocean, and the northeast by the Chongon-Colonche mountain range.

With predominantly dry weather, this location has a natural habitat that helps to prevent the development of fungal diseases that are typically found inthe fertile rainforest valleys where bananas are generally grown.

With the considerable support from Mother Nature, DEROSE has successfully grown bananas by using the safest and most efficient organically certified inputs and practices. While also keeping a first-rate natural control on fungal diseases and maintaining excellent organic productivity.

Our farm is strategically located near the Azucar dam and benefits from an abundant water supply, hydroelectric energy as well as easy access to roads and proximity to shipping ports.

DEROSE’s mission is to produce a 100% organic banana that compares to the quality standardsof the best-in-class bananas produced aroundthe world.

To meet our objectives required considerable capital investment initiatives in infrastructure to ensure best-in-class production results. DEROSE is optimizing critical processes for effective and efficient operational results, such as:

The result is a healthy development of our banana mats producing a uniform stem size, appearance, and finger length. Our productivity standards and quality results are equivalent to typical outcomes in conventional banana farming.

Another critical requirement for meeting our quality objectives is the management of the farm organic and environmental standards, which are strictly monitored and enforced by our certification partners. From our labor force to our technical teams, each process follows strict internal guidelines of traceability, hygiene, and safety protocols to ensure the highest quality. 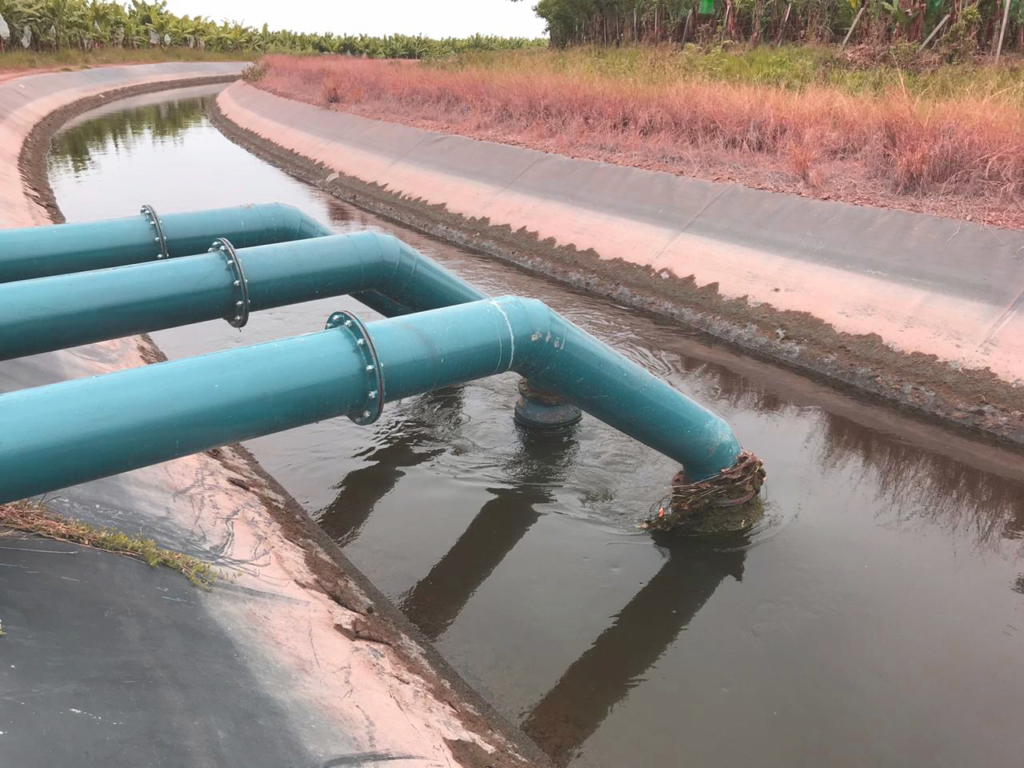 DEROSE is committed to the wellbeing and development of its labor force and all the environmental challenges of growing bananas. As such, in addition to being fully committed to organic farming, it has also achieved Fairtrade certification.

Ecuador was the first country in the world to recognize and respect Nature’s rights in order to ensure the highest quality of life for the population.

DEROSE plantations have earned environmental licenses for the efficient control of the quality of water, climate, air, and soil. It also has taken measures to prevent the degradation of ecosystems through collaborative management of environmental resources.

DEROSE monitors all logistics and transportation aspects through direct and close collaboration with all supply-chain partners—from the soil of our farms to our customer’s distribution centers.

DEROSE ships from the ports of Guayaquil and Posorja, with one of the quickest sourcing transit times in the industry due to its strategic location. DEROSE is also BASC certified to ensure commerce security.

Compagnie Fruitière distributes DEROSE’s production in the European market with a client base in France, Spain, Portugal, Hungary, Italy, UK and Germany. Distribution on the North American market is our next strategic objective.

A commitment to fair trade production and farming

DEROSE, as a subsidiary of Compagnie Fruitière, is committed to following the company’s legendary philosophy to producing to the highest ethical, environmental, and social standards.

The Santa Elena Province is often considered one of the most neglected rural regions of Ecuador. DEROSE’s role within the neighboring communities will lead to greater access to improved working opportunities and will contribute to the development of our local communities.

Finally, DEROSE is launching auditing and benchmark standards to compare, and continuously improve on its environmentally friendly processes. 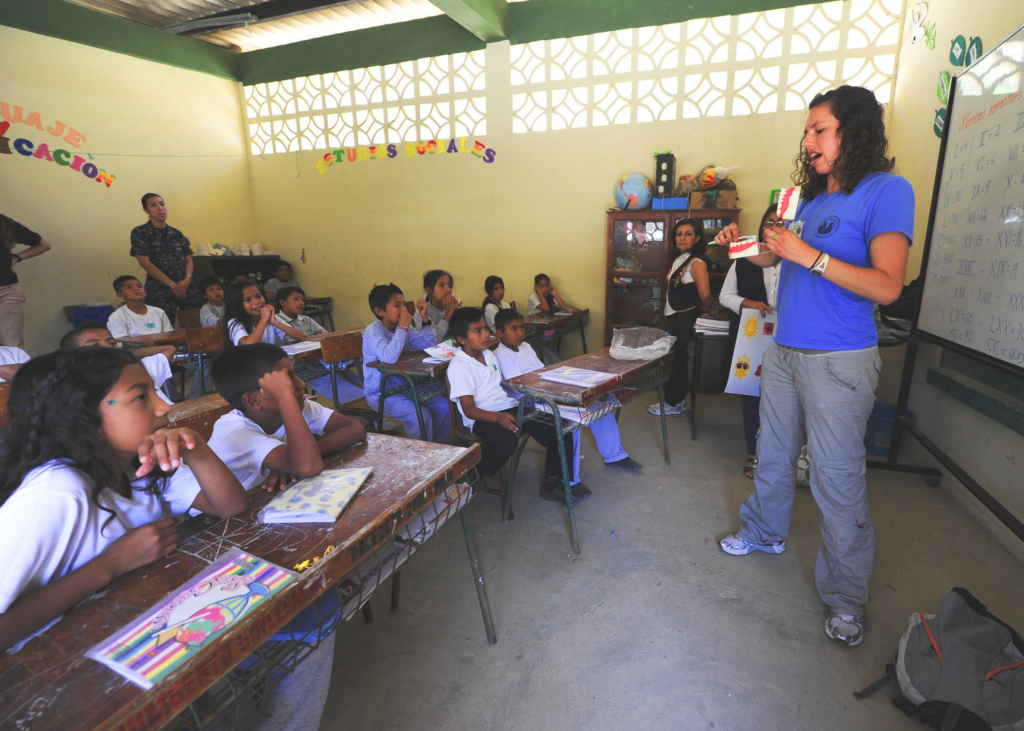